BlogWorld 2011 showcased 85 exhibitors, over 3000 attendees from over 23 Countries, and hosted the most compelling Social Media Tradeshow we have seen yet.

Check out a quote from our CEO in this recent article from the Tradeshow News Network (TSNN) website. Click here.

GANZ Media attended the fourth annual BlogWorld tradeshow 2011, at the Los Angeles convention center. This was the most relevant and engaging Social Media Conference we have ever attended.

Check out Tradeshow photo from Ford. 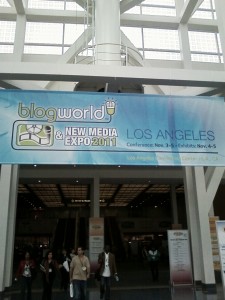